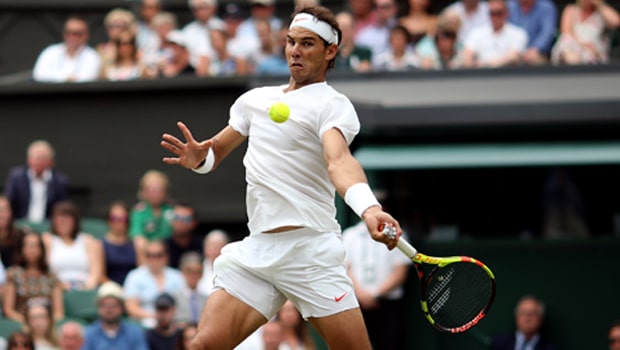 Multiple Grand Slam winner Rafael Nadal says he expects to be in the conversation for more French Open success – but only if his fitness is on point.

The world number two is just days away from starting his defence of the title in Paris, having won in Paris a record 11 times.

There had been concerns over Nadal’s form going into the second Grand Slam of the year. He was still looking for a first title of the year on clay but finally put that right, beating Novak Djokovic in the Italian Open final last weekend.

Nadal however says he was never worried about his form, saying: “The most important thing is I feel that I’m playing well and feeling healthy and with the energy I need.

“If that happens, experience tells me I’m going to fight for titles sooner or later. The main thing for me was recover my level, then the results should be there if that happens.”

Nadal began the year by reaching the final of the Australian Open, losing to Djokovic and then lost in the semi-finals of the clay court events in Monte Carlo, Barcelona and Madrid, losing also to three different opponents on the surface; Fabio Fognini, Dominic Thiem and Stefanos Tsitsipas.

He got his revenge on Tsitsipas in Rome, winning through to the final without dropping a set before beating Djokovic in three.

He will look to continue his remarkable dominance in Paris where he has only dropped one set since 2016.

Nadal isn’t playing this week in the Geneva Open where Alexander Zverev is the top seed. He plays Federico Delbonis in the semi-finals to meet either Nicolas Jarry or Radu Albot in the final.