Tiger Woods ready to crank it back up 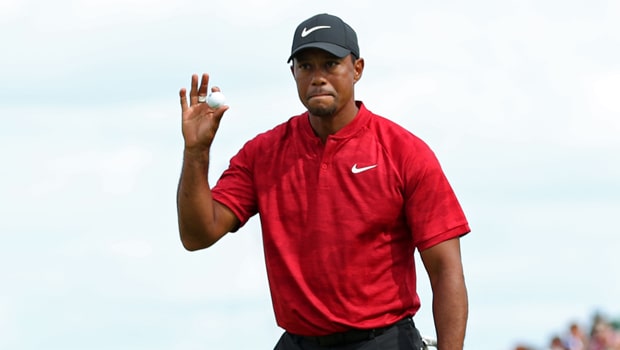 Tiger Woods says he is ready to move on from missing the cut at the US PGA Championship after confirming his entry for next week’s Memorial Tournament.

Woods is a five-time winner of the Jack Nicklaus founded event in Dublin, Ohio.

The US Masters winner was five-over par after the opening two rounds at Bethpage Black, excluding him from participation over the weekend where Brooks Koepka successfully defended the title, fighting off a late comeback from Dustin Johnson on the final day.

Those two rounds in the PGA were the only competitive rounds Woods had played since his win at the Masters so, with the US Open and the Open Championship in the next couple of months, it is little surprise that he is back competing at the Memorial.

Woods, after missing the Wells Fargo Championship, and then not playing a practice round at Bethpage Black, admitted that he entered the PGA under-prepared and hopes to get back to form next week.

He said after missing the cut last week: “There’s no reason why I can’t get up to speed again and crank it back up.

“I’ve got to start feeling a little bit better first before that happens. We’ll do that first and then start cranking it back up again. I just wasn’t moving the way I needed to. That’s the way it goes.

“There’s going to be days and weeks where it’s just not going to work, and today was one of those days.”