Rafael Nadal delighted to be back on top of the world 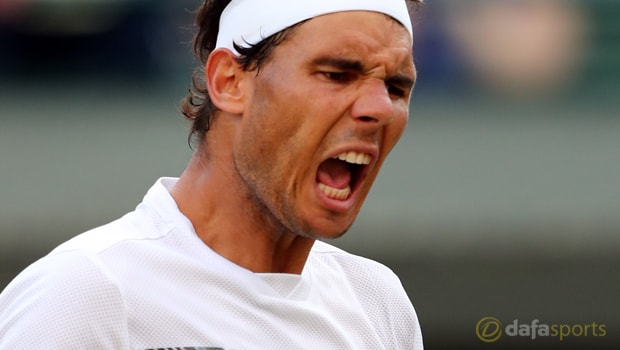 Rafael Nadal says it is an “unbelievable” feeling to be ranked number one in the world once again.

The Mallorcan-born star returned to top spot on Monday for the first in more than three years, replacing Andy Murray.

Nadal has previously spent 141 weeks as world number one but, at 31, he is delighted to be back.

He admits the feeling is that bit more special on account of the knee and wrist injuries that have plagued him since he first made it to the top spot back in 2008.

“Being number one after all the things that I have been going through the last couple of years is something unbelievable,” said Nadal.

He also took to social media to declare his delight at being back in top spot. “[It] is a special day, going back to number one, I’m very happy,” he posted.

The 15-time Grand Slam winner has been helped in recent time by injuries to some of his key rivals.

Novak Djokovic is sidelined with a rib problem and will miss the remainder of the season, while Murray has encountered hip trouble since Wimbledon and Roger Federer has also been having issues with his back.

Nadal landed his 10th career victory in the French Open earlier this year, while he was also beaten by Federer in a thrilling five-set tussle in the Australian Open final in Melbourne at the start of 2017.

The Spaniard is 3.40 to win the US Open at Flushing Meadows, while Federer is favourite at 2.30 and Murray can be backed at 7.50.