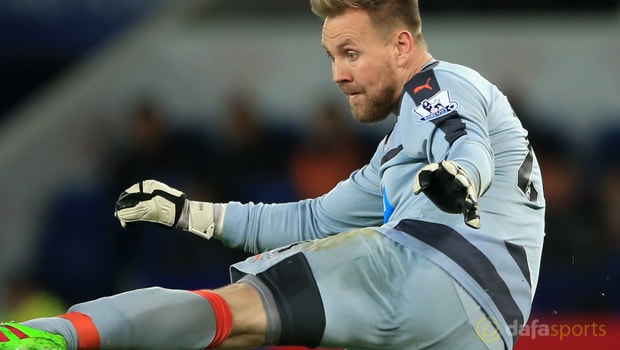 Goalkeeper Rob Elliot admits the ongoing debate about Newcastle’s transfer activity is not doing them any favours.

The Magpies have so far had a low-key summer in the transfer market after securing a Premier League return last season.

Manager Rafael Benitez added to the fire this week as he suggested there were too many “Championship” players in his squad – and called on the board to move some of them on.

Newcastle have begun the season with back-to-back defeats against Tottenham and Huddersfield, but Republic of Ireland international Elliot admits that constant speculation over the make-up of their squad doesn’t help the players who have been selected so far when they’re out on the pitch.

“With the stories flying around – (we) haven’t got enough, (we) have got enough – I don’t think it’s very fair on the squad,” admitted Elliot, who was injured for the majority of last term.

“They did such a terrific job last year and we’ve brought in some good players. We just wanted it to be about looking forward to the Premier League season, unfortunately it’s not been that.”

Elliot says it is important that the players at the club focus on the job in hand and try not to allow themselves to be distracted by matters off the field over which they have no control.

“As a group we now have to stay strong and take that on board. Playing for Newcastle isn’t like playing for other clubs; the pressure and the expectation that comes with it, you’ve got to be able to handle that to play for Newcastle,” he added.

“I think the lads have done and they’ve done brilliantly, and the new signings look good. I think we just need to gel, get settled and push on for ourselves.”

Newcastle are 3.50 to be relegated from the Premier League this season.