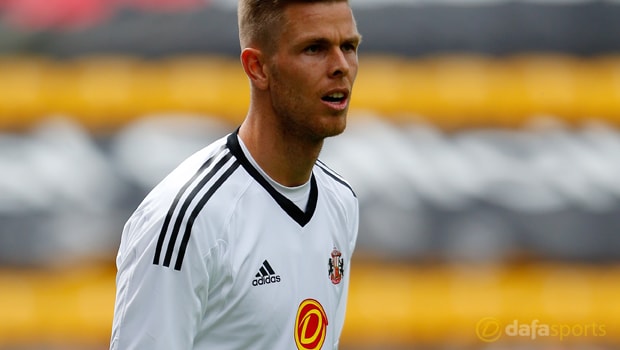 Goalkeeper Robbin Ruiter has given Sunderland boss Simon Grayson some food for thought after a stand-out performance in the League Cup victory over Carlisle United.

The Black Cats edged through on Tuesday night, thanks mostly to an outstanding goalkeeping performance from Ruiter.

The Dutchman has given his manager a decision to make ahead of the Championship clash with Barnsley this weekend, with Jason Steele having been preferred in league action so far.

Donald Love’s first-half strike put Sunderland in front but Carlisle got on terms when Danny Grainger was able to convert the follow up after Ruiter had saved his initial penalty on the hour.

Lynden Gooch scored the decisive goal 10 minutes from time, though not before Ruiter had mad impressive saves from Nicky Adams and Jamie Devitt to maintain parity.

It was a display that impressed Grayson, who says he was quickly sold on Ruiter during his recent trial period in the North East.

“When he was required to make saves, he made them, and that’s why we signed him after the trial period,” said the Sunderland boss.

“He’d done enough in training and in the two games he played for us to make that decision to sign him permanently.

Grayson was expecting a tough challenge at Carlisle and got just that, but he felt his team had shown the correct attitude.

“It was nothing less than we thought – we knew Carlisle would ask questions of us, win second balls, play with a tempo, put balls in the box – and we had to withstand quite a bit of pressure, but we did that,” he added.

“Ultimately, you have to go out and do whatever is required to win a game and we did it,” he added.