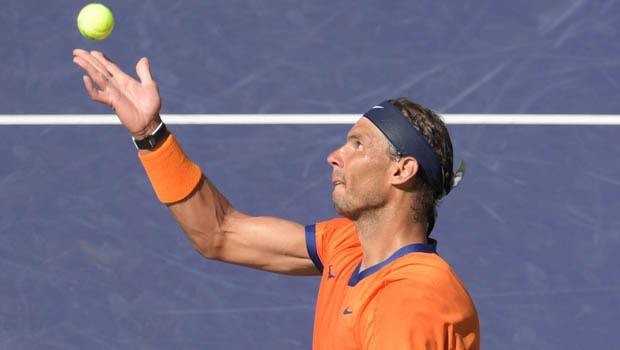 Rafael Nadal continues his dream run in the ongoing season. The Spaniard has made it to the fourth round of the ongoing BNP Paribas Open after beating Britain’s Daniel Evans in straight sets by 7-5, 6-3 on Monday night. This is Nadal’s 400th ATP 1000 Masters win and he has improved his record to 17-0 in 2022 as he continues to be on a roll.

In fact, Nadal was 2-4 in the opening set as Evans was able to get a break. However, the left-hander won eight out of the next nine games to take a 3-0 lead in the second set.

“The match didn’t start the way that I wanted,” Nadal said, “but I was able to hit a couple of good passing shots in some key moments, and then things started to build a bit better.”

Nadal added that he needs to keep improving in the upcoming matches and he will look to give his best.

“I need to keep improving, of course, but it has been a small improvement today. That’s important because the next round is going to be a very difficult one,” previewed Nadal.

On the other hand, Nadal will face Reilly Opelka, who defeated Denis Shapavolov in the third round by 6-7(4), 6-4, 6-4 later on Monday.

When Opelka was asked whether he fancies his chances against an in-form Nadal, he said in a post-match interview, “Not really”. “He’s Rafa, he’s undefeated this year… I’m expecting the highest level there can be out there. It’s the toughest challenge in the game,” he added, referencing his next opponent’s place among the “Big Four”.

Nadal will look to bring his best to the court against the American but the lanky player will have his height advantage.