Rafael Nadal back to full fitness 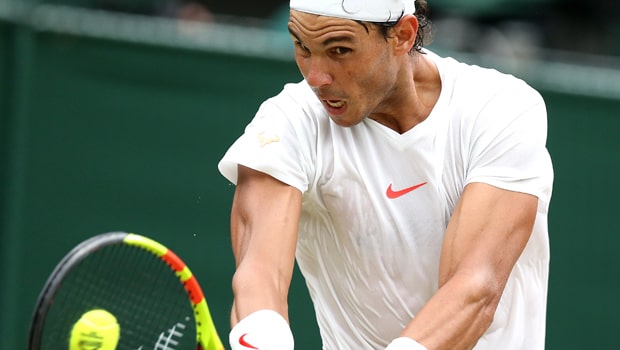 World number two Rafael Nadal is optimistic about his chances ahead of the Australian Open after confirming he is back to full fitness.

The Spaniard’s involvement at the first Grand Slam of the season was thrown into doubt last week after he pulled out of the Brisbane International.

Nadal’s 2019 has so far not gone to plan after also crashing out an exhibition event in Abu Dhabi in the first round.

He was beaten by South African Kevin Anderson in Abu Dhabi before withdrawing from the Brisbane Open after being handed a first round bye.

The 2009 Australian Open champion was urged not to take part in the Brisbane competition by doctors after MRI scans revealed a slight straight to his left thigh.

Indeed, his last main tour event came back in September when he was forced to retire from the US Open semi-final clash with Juan Martin del Potro.

But Nadal, who played an exhibition game in Sydney on Monday, insists he is back to full fitness after teaming up with Milos Raonic to beat Nick Kyrgios and John Millman.

Nadal said: “I did not feel the pain here. I think it was a good start for me, a good comeback to the action in front of a fantastic crowd in Sydney.

“I really enjoyed playing here. I’m happy to be back on court and happy that I’m healthy again.”

The 17-time Grand Slam winner sees no reason why he can’t be a serious contender in Melbourne next week, despite a lack of competitive action.