James DeGale out to silence doubters

Posted by Vincent Henderson on January 8, 2019 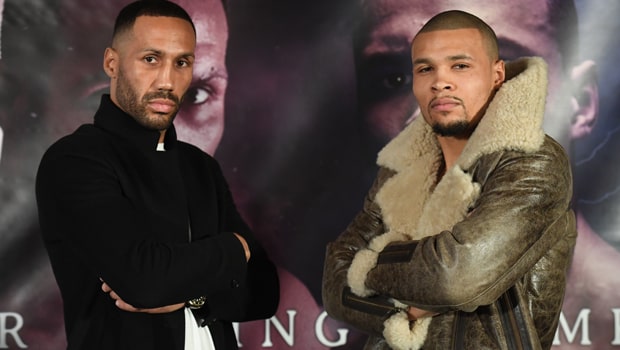 The British rivals will square off for the vacant IBO super middleweight title at the O2 Arena in London on February 23 as they both look to rebuild their careers.

DeGale heads into the bout on a two fight winning streak, having avenged his loss to Caleb Truax in April to reclaim his IBF super middleweight title, before landing a knockout blow to Fidel Munoz in September.

Meanwhile, Eubank Jr has a point to prove following his World Boxing Super Series defeat to George Groves in February, although he has seen off Ireland’s JJ McDonagh in the meantime.

‘Chunky’ feels he has been unfairly treated over the last few years with many claiming his career is in decline.

However, he has vowed to prove his doubters wrong when he walks out as the headline act in the capital next month.

DeGale said: “A lot of people think I am in decline but they are in for a shock.”

The 2008 Olympic gold medallist believes Eubank Jr talks a good game but feels his opponent is “deluded” after recent remarks about his defeats to Billy Joe Saunders and Groves.

He added: “He’s deluded because he thinks he beat Groves and Saunders, and me in sparring. I have sparred him, I know what he is like and I have watched him lose. He is all talk.

“He is too arrogant and ignorant to change or listen to anyone but himself. Have you seen him in the corner between rounds with his dad and his trainer Ronnie Davies? It’s pathetic and bizarre and a new coach will make no difference.”