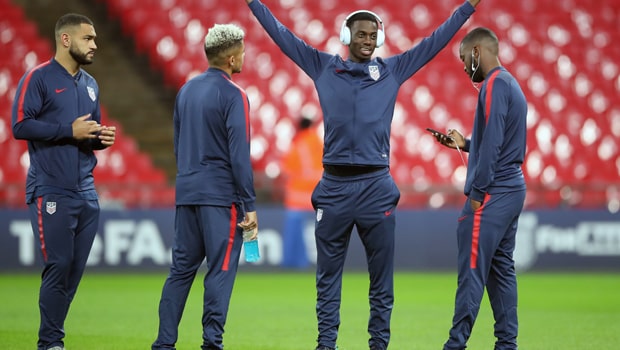 Timothy Weah says he is excited to embark on a new adventure with Celtic after agreeing a loan move from Paris Saint-Germain.

The USA international was suggested as a possible candidate to link up with Brendan Rodgers’ side earlier in the season.

After penning a new long-term contract with PSG over the weekend he finally put pen to paper on a loan deal with Celtic on Monday.

He will spend the rest of the campaign with the Scottish champions as they look to hold off the likes of Rangers, Kilmarnock and Aberdeen in the title race.

Weah, who is the son of Ballon d’Or winner George, has already travelled out to Dubai to link up with his team mates at the warm-weather training camp.

The 18-year-old is eager to get his Celtic career up and running and insists he is relishing the opportunity to work under Rodgers.

Weah told Celtic’s official website: “It’s a fantastic honour to sign for such a historic club, and I’m really looking forward to this opportunity.

“I’m also delighted to be working with such a great coach and great team-mates, and I’m looking forward so much to be playing in front of some of the best and most passionate fans on the planet. I’m so happy and so excited.”

The striker could make his competitive debut when Celtic, who are priced at 1.10 to win, return to domestic action at home to St Mirren, 34.00 to come out on top, on January 23, while the draw is available at 9.50.