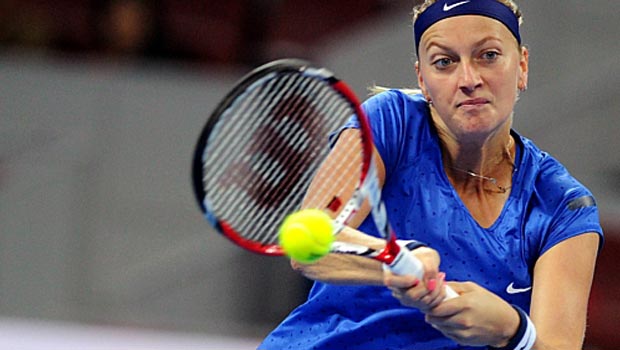 The Wimbledon champion roared back to form with victory at the Wuhan Open last Saturday and she carried that success to Beijing with a straight sets triumph on Wednesday.

While a lot of the matches were postponed due to heavy rain, the Czech Republic ace managed to get the job done with a 6-4 6-2 success, winning 12 of the last 16 games to wrap up victory in 66 minutes.

The 24-year-old will next meet Venus Williams and is expecting a full-on battle with the US veteran.

“Every match I have played with Venus was a really great fight until the end,” she said. “It’s the third round in the tournament. It’s very early to meet each other again, same as Wimbledon.”

Kvitova has now booked her spot in the season-ending WTA Finals in Singapore, with world number one Serena Williams, Maria Sharapova and Simona Halep also safely on board.

But Caroline Wozniacki now faces a wait to confirm her place in the prestigious event after crashing out to Australian Samantha Stosur in her first match this week.

Wozniacki reached the final of the US Open at Flushing Meadows and looks a different player to the one that has struggled to hit the heights in recent years, but she was second best to the Australian on Wednesday.