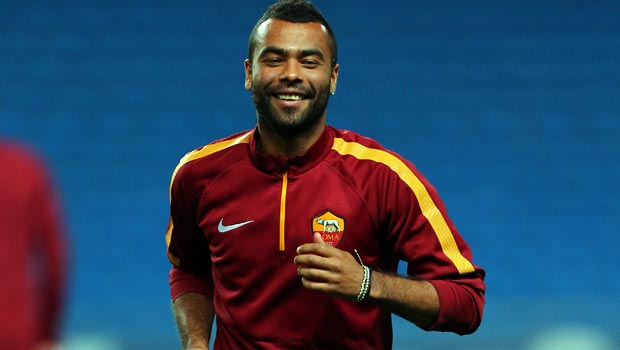 Ashley Cole has ramped up the pressure on Manchester City by suggesting they will be expected to deliver a win against his AS Roma in the Champions League on Tuesday.

The Premier League champions opened their European adventure this season with a 1-0 defeat against Bayern Munich at Allianz-Arena and will need to kick-start their Group E campaign with a victory against the Serie A Scudetto chasers.

“There’s a lot of pressure on City,” former Chelsea defender Cole said. “They have big players and are hungry to win the Champions League.

“We are probably the underdogs but we will give it everything and will give them a tough game.”

The Italian capital club have not lost a game in all competitions so far this season and thumped CSKA Moscow 5-1 at home in their opening Group E game.

Victory at the Etihad Stadium on Tuesday and Cole believes the Romans could pip Manuel Pellegrini’s men in the race for the knockout stages of the tournament.

“If we win it will make it more difficult for them to catch up and will probably make us top of the group and put us in good stead for qualifying,” said the 33-year-old.

Cole could line up against former Stamford Bridge team-mate Frank Lampard, as well as ex-England colleague Joe Hart, and the full-back said he was excited by the challenge of returning to England.

“If I am selected and Lamps is selected it would be nice.

“Everyone knows what Lampard brings to any team – he’s a great experienced player who scores goals.”

Manchester City are currently priced 1.68 in the match betting the draw is quoted 3.85. Roma are available to back in the 90 minutes market at 5.13.