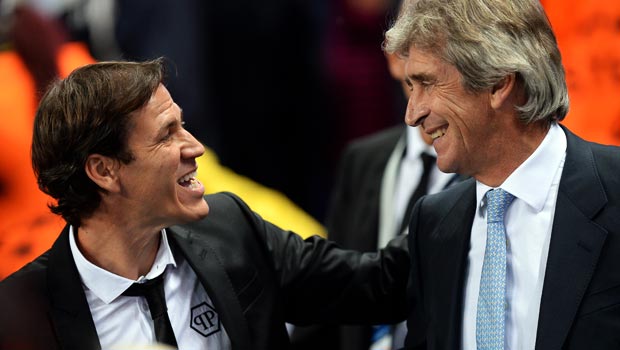 Coach Rudi Garcia believes Roma’s display in their 1-1 Champions League draw with Manchester City proves they are a force to be reckoned with.

The Italian outfit have made great strides under their French manager over the past 15 months and gave Juventus a run for their money in Serie A last term before running out of steam.

They have started in sensational fashion again this season, with five-straight wins to match the Turin giants domestically and can be backed at 2.90 to claim the Serie A title.

But, with the Italian top-flight not as strong as it was a decade ago, it was always going to be a challenge for the Eternal City club against the big boys in Europe.

They coped admirably in their opening salvo, however, and thrashed CSKA Moscow 5-1, but City at the Etihad Stadium were always going to be tough nut to crack.

But, far from setting out to ‘park the bus’ and take a point, Roma gave it a real go and bossed the midfield, with the superb Francesco Totti earning his side a point with a well-taken 23rd-minute strike.

Whether or not the Romans go on to challenge for the title this season only time will tell but Garcia is adamant that they deserve to eat off the same table as the powerhouses of Europe.

“We proved that we are up to the standard of this group and I am proud of my players,” he said.

“It was as we predicted, that we had our moments and in fact better scoring opportunities, while we suffered in the last 10 minutes because we’ve been forced to play the same men in central midfield and defence for weeks.”