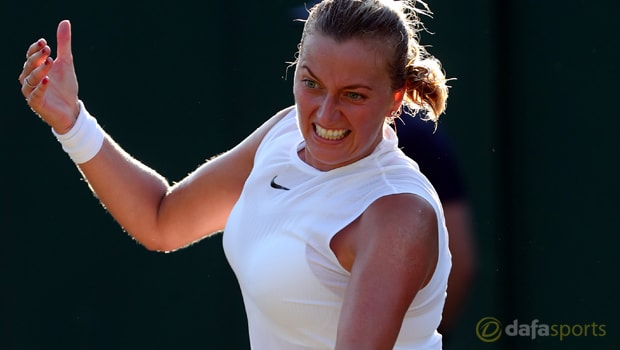 Petra Kvitova believes her more relaxed approach at the US Open could prove vital to her chances of success.

The Czech player made a successful start at Flushing Meadows on Monday, with a 7-5 7-5 win over Serbia’s Jelena Jankovic, and will now face world number 11 Alize Cornet following the Frenchwoman’s 6-4 6-4 triumph over Heather Watson.

Kvitova’s performance is put into further context when considering that her participation at the final Grand Slam of the year is somewhat remarkable due to the fact her career was nearly ended when an intruder stabbed her playing hand in the days leading up to last Christmas.

Following successful surgery and plenty of work on the practice courts, the 27-year-old returned for the French Open, reaching the second round at Roland Garros and then suffering the same fate at Wimbledon.

Having won the event twice, SW19 was seen as her big chance and Kvitova admits she struggled to overcome the expectations she put on herself.

Speaking after Monday’s win, the Czech says she is taking a different approach in the Big Apple, contending that keeping her cool could prove vital to her US Open hopes.

“I’m more relaxed right now,” she said. “I think that at Wimbledon, I was a bit nervous before every match, and today I felt a little relaxed and not really thinking too much about the tennis and about the match, but just trying to enjoy myself on the court.”

Kvitova is 1.40 to beat Cornet on Wednesday and is 23.00 to win the tournament outright.