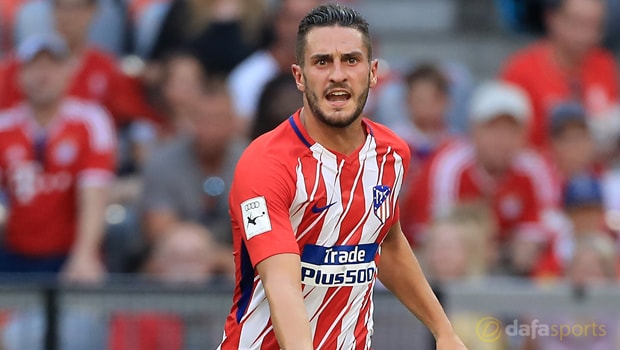 Koke admits the Atletico Madrid squad are very excited about the rumours surrounding Diego Costa’s potential return to the club.

The Spain star became a household name with Los Colchoneros, with boss Diego Simeone transforming him from a bruising journeyman to a striker who inspired their 2013-14 La Liga title win.

Costa then moved to Chelsea but despite helping the Blues to a pair of Premier League crowns, he no longer seems to have a future at Stamford Bridge.

The 28-year-old says Atletico are the only club he wants to join but their registration ban means any signings they make will not be available to play until January.

It means a loan move will likely have to be arranged for between now and Christmas in order to ensure the striker is fit once he becomes free to play for Simeone again.

Reports have suggested a deal worth £40m plus add-ons is close to being agreed and Koke says his team-mates are ready to welcome Costa back with open arms.

The signing would provide Atleti with number nine they have perhaps been missing since his departure.

With a number of his former team-mates still at the club, Koke says Costa will be cheered back into the Atletico dressing room.

He told Cadena Star: “We all want Diego Costa to come, but the situation is complicated.

“If Diego comes, he will help us and he already knows a lot of us at the club, so for us it would be very exciting.”