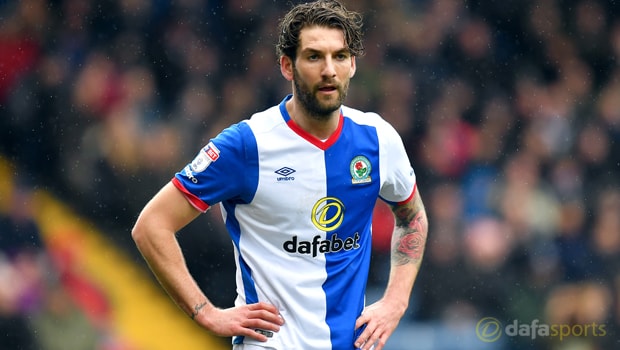 Blackburn skipper Charlie Mulgrew believes Saturday’s 4-1 win over MK Dons proves his side are getting to grips with life in League One.

Rovers were tipped as the favourites to go straight back up following last term’s relegation from the Championship, but they struggled in early defeats to Southend and Doncaster.

However, victories over Bradford City and now the Dons have pushed Tony Mowbray’s men up the table.

While most of their rivals are set to be in action this weekend, Blackburn can sit back and relax, having been given the round off due to the number of internationals within their squad.

Mulgrew’s experience looks set to be key to their hopes this season after the Scotland star netted twice on Saturday to take his tally for the campaign to three.

The last few years have seen Blackburn dragged through the mire, both on and off the field, but the 31-year-old believes things are now starting look up at Ewood Park.

First and foremost it’s hard work and a battle, and we’ve got to match teams in that department and then come out on top.

“We showed that, but we’re not getting carried away. We move on to the next game and we need to do the same again.

“We’ve got tough games to come, where we’re going to have to battle, work hard and out-fight teams, and we’re up for that.”

Blackburn are currently 2.40 to go up and are priced at 6.00 to top the standings.