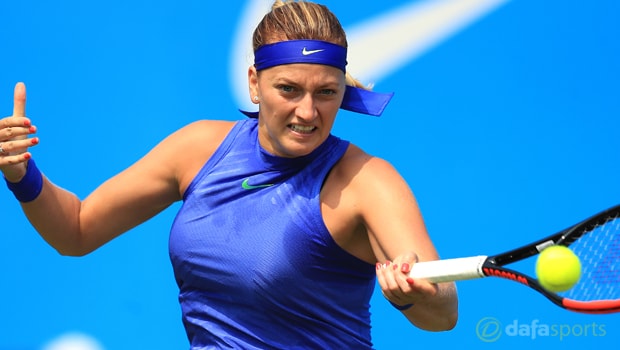 Petra Kvitova admits she is excited to return “home” when she plays at next month’s Wimbledon.

The Czech returned to competitive action at the recent French Open, having been forced out of the game for five months after being stabbed in her left hand by an intruder at her home before Christmas.

Kvitova only reached the second round at Roland Garros and says she wanted to play in Paris as part of her preparations for SW19.

The 27-year-old won Wimbledon in 2011 and 2014 and openly admits she enjoys the atmosphere surrounding the tournament. A third title for Kvitova is priced at 8.50, with compatriot Karolina Pliskova the market leader at 6.50 and home favourite Johanna Konta also 8.50.

With seven-time champion Serena Williams absent, it looks set to be a hugely open event and if she can find her form, the world number 16 could be the one to beat.

Kvitova admits making it to Wimbledon was one of the goals that drove her on in her recovery and says she is already excited about the prospect of returning to the third Grand Slam of the year.

She told Reuters: “When I was on the way back I thought I would really like to play Wimbledon and I feel that I can say, in some way, I am ready for Wimbledon.

I played Roland Garros as a preparation. “At Wimbledon, it feels so quiet, so comfy for me as a home.

I am always renting a house and for me it is more than a tournament, I feel like we are a family there. It is just more relaxed for me, it is amazing.”