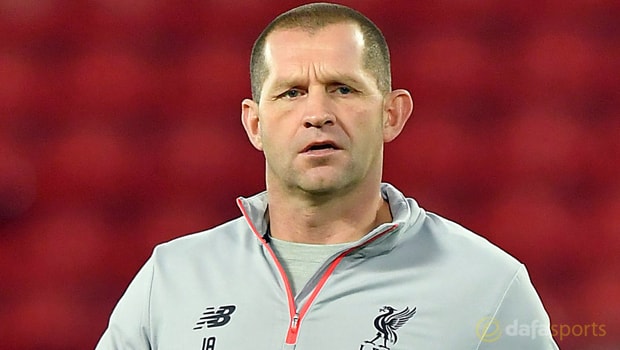 John Achterberg believes Liverpool have an embarrassment of riches in the goalkeeping department despite criticism of their options in the past.

Both Simon Mignolet and Loris Karius made high-profile errors last season and it was the Belgian who ended the campaign with the gloves, playing a big part in the Reds eventually finishing fourth.

It has been suggested that Jurgen Klopp could look to further strengthen the position over the summer, but with Danny Ward set to stay rather than head out for a third straight season on loan, he now has three men to choose from.

Achterberg is the man in charge of training the trio at Anfield and believes the club are lucky to have so many options.

The Dutchman is convinced it would be a mistake to sign an alternative as he feels all three are good enough to establish themselves.

“My opinion is that, in goalkeeping terms, things look pretty good for Liverpool,” he told the Liverpool Echo.

“At a club like Liverpool small things get highlighted a lot more than at other clubs.

Look at other clubs, they had their moments last season where not everything was perfect with their goalies.

“My job is to try to help the goalies to stay positive. I always talk to them and tell them what I think can be improved and I explain why we’re working on something.

“I try to help all of them to keep motivated so they’re working day in, day out to be the best they can be.”

Liverpool are priced at 1.91 to repeat their top-four finish next season and 26.00 to win the Champions League.