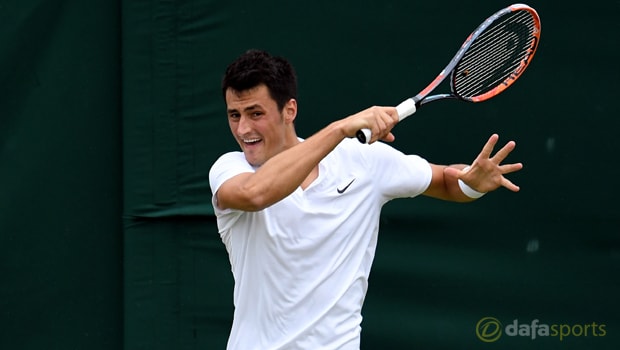 Tennis legend Pat Cash has told Tennis Australia that troubled Bernard Tomic should be made to earn his place at the Australian Open and be made to qualify for the first Grand Slam of the year.

Tomic, who is one of the more controversial players in the game, has endured arguably the worst season of his career and he has plummeted to 145th in the world rankings.

The Australian’s last title came at the 2015 Claro Open in Colombia and he has only made one final since, that coming at the 2016 Abierto Mexicano Telcel, where he lost to Austrian Dominic Thiem.

His performances in the four Grand Slams have also been poor this year with the 25-year-old making the third round at his home event before being knocked out at the first hurdle at the French Open, Wimbledon and US Open.

Clearly something needs to change for Tomic if he is to get his career back on track and Cash, who lost in the final of the Aussie Open in 1987 and 1988, believes his compatriot should be made to go through qualifying for the January event at Melbourne Park.

“He shouldn’t get a wildcard; he’s got to go and qualify and earn it like everyone else,” he told AAP.

“But he should always be offered a chance to join the Australian training camps and the squads because he’s way too talented to be where he’s at.”

However, Cash, who coaches women’s world number 12 Coco Vandeweghe, has pleaded with TA not to give up on Tomic and they need only look at his Davis Cup record to give them hope.

He added: “He’s always played hard for his country and you’ve got to give him credit for that, I think he enjoys that.”