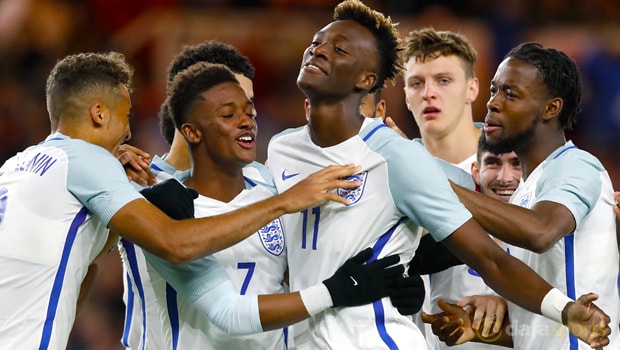 Joe Gomez, Ruben Loftus-Cheek and Tammy Abraham have all been handed their first call-ups to England’s senior side for the friendlies against Germany and Brazil this month.

Abraham, who has recently declined the opportunity to switch his allegiances to Nigeria, has represented England from Under-18 to Under-21 level and he was part of the U21’s squad that reached the semi-finals of the European Championships this year.

The 20-year-old is currently enjoying a season-long loan spell at Swansea City from Chelsea, scoring four goals from 10 Premier League appearances, and his good form has been rewarded by Three Lions manager Gareth Southgate.

Liverpool right-back Gomez, who has also played for his country’s youth sides from Under-16 to Under-21 level, is included in the squad for the first time and he will be hoping to carry his good domestic form on the international stage.

The 20-year-old has been fighting for a starting spot with Trent Alexander-Arnold this season but it is the former who has featured eight times in the league, compared to his team-mates’ three outings.

Loftus-Cheek, who is on-loan at Crystal Palace from Chelsea, has also earned a spot in the squad and he has been a rare positive for the Eagles in what has been a disastrous season so far.

Leicester City’s Jamie Vardy is back after missing out last time through injury whilst there is a recall for Manchester United midfielder Ashley Young, who can also provide cover at full-back.