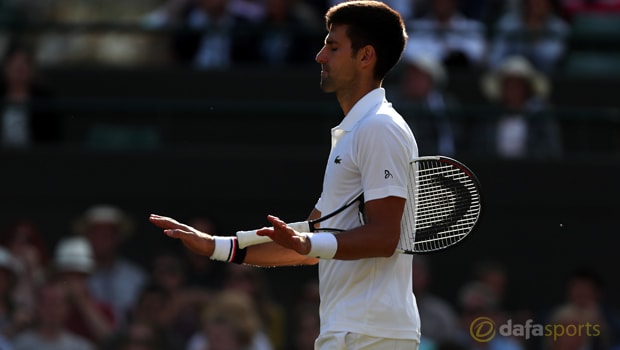 Former world number one Novak Djokovic says he will have a detailed look at his coaching team after the 2018 French Open at Roland Garros, which gets underway on May 21.

Djokovic, who has 12 Grand Slam titles to his name, has been hampered by an elbow injury for nearly a year now and was forced to miss the second half of the 2017 season because of the issue.

The Serbian underwent surgery in a bid to resolve the problem but, despite the operation being a success, he has been unable to rediscover his best form since returning to the court.

He was knocked out of the Australian Open at the last-16 stage in January and the 30-year-old was ousted in the second round of the Barcelona Open by Martin Klizan.

Djokovic made the decision to part ways with both Andre Agassi and Radek Stepanek last month, replacing the duo with former coach Marian Vajda and fitness expert Gebhard Phil-Gritsch for the time being.

With the French Open just around the corner, the world number 12 has revealed he will be looking at his coaching set-up after the clay-court event in Paris.

“I am very grateful to them for accepting the invitation to work again,” Djokovic was quoted as saying by the Express.

“It is currently an agreement to be there until Roland Garros. We are hoping for the best.”

Djokovic, who won the French Open in 2016, will still be optimistic of lifting the trophy again although he will need to improve significantly.

World number one Rafael Nadal, who is in good form after winning the Monte Carlo Masters and Barcelona Open, is once again the favourite heading into the event as he aims for a record 11th title.