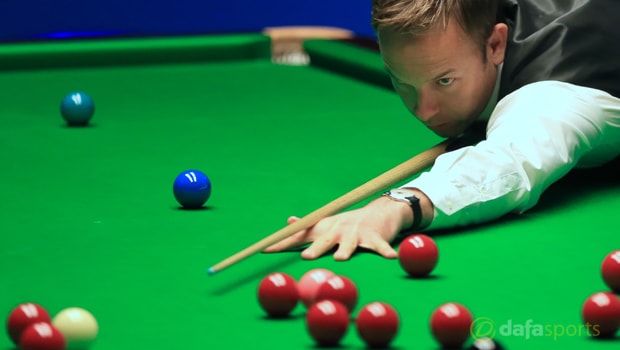 Allister Carter says he can take a lot of positives from his 2018 World Championship run and he hopes it can get him off to a good start when the 2018-19 season gets underway.

World number 15 Carter had been enduring a difficult campaign ahead of the season-ending event at the Crucible, having only reached the semi-finals of one ranking event.

Not much was expected from ‘The Captain’, who is a two-time finalist in Sheffield, but he managed to get the better of 2006 champion Graeme Dott in the first round, winning 10-8.

The 38-year-old then pulled off one of the shocks of the tournament when defeating Ronnie O’Sullivan in round two, edging past 13-9, and the confidence was brimming after ending the hopes of ‘The Rocket’.

However, Carter fell at the next hurdle, losing to Welshman Mark Williams 13-8, but the Englishman’s run to the quarter-finals represented his best effort in Sheffield since losing the 2012 final.

The Essex potter, one of only six men to score a maximum at the Crucible, admits the win over O’Sullivan has provided him a real boost.

“I can take a lot of confidence from beating Ronnie,” Carter was quoted as saying by BBC Sport.

“It’s an opportunity missed but I can have some time off and regroup. It’s been a positive end to the season after a not-so-good season. So I look forward to next year.”