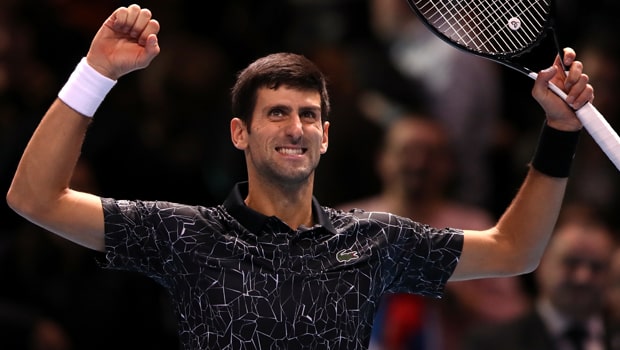 The Serb claimed his 15th major crown in Melbourne on Sunday with a near faultless exhibition, seeing off Rafael Nadal in three sets and needing just over two hours to complete the task with 6-3 6-2 6-3 success.

It ensured Djokovic became the most successful player at the Australian Open, his seventh career victory eclipsing the six wins by Federer and Roy Emerson.

The 31-year-old underwent surgery just 12 months ago on a troublesome elbow problem but he has roared back, winning Grand Slams at Wimbledon and the US Open prior to his latest Melbourne Park victory.

He moved clear of Pete Sampras’ tally of 14 titles in tennis’ marquee events and Djokovic readily admits he would love to home in on the record 20 Grand Slam wins of the Swiss icon down the line.

“I am aware that making history of the sport that I truly love is something special,” Djokovic told reporters.

“Of course, it motivates me. How many seasons are to come? I don’t know. I’m not trying to think too much in advance.

“I do want to definitely focus myself on continuing to improve my game and maintaining the overall well-being that I have – mental, physical and emotional – so I would be able to compete at such a high level for the years to come, and have a shot at eventually getting closer to Roger’s record. It’s still far.”

Djokovic is 2.80 to win the French Open later in the year and capture all four Grand Slam crowns at once, while Nadal is favourite at 1.85 to continue his domination on the clay courts in Paris.