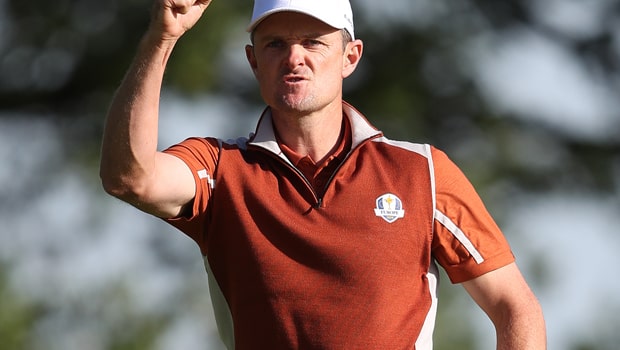 Justin Rose earned the 10th PGA Tour win of his career by landing the Farmers Insurance Open at Torrey Pines by two shots from Adam Scott.

The world number one began the day with a three-stroke lead but Rose had to battle after a slow start allowed the chasing pack to close within one shot when made three bogeys in the first five holes.

The Englishman toughed it out and banked birdies on the seventh and ninth holes to turn in level-par and he remained ice-cool with a hat-trick of birdies on the inward nine keeping him clear of Scott, with a winning tally of 21-under par.

Hideki Matsuyama and Talor Gooch shared third spot on 16-under par ahead of defending champion Jason and Rory McIlroy on 14-under par. McIlroy believes his European Ryder Cup team-mate Rose is among the toughest characters in the game of golf.

“He has a nasty streak in him, for sure,” said McIlroy.

“Justin is, he’s a grinder. He’s learned the hard way, with the way he started his career (by missing his first 21 cuts).

“I don’t think there’s many mentally stronger people in the world of golf than Justin Rose just because of what he’s been through and coming out the other end of it.”

Rose started Sunday’s round with consecutive misses from eight feet, then missed a seven-footer for par at the fifth hole and three-putted the par-5 sixth hole, but he remained strong in his attitude towards the job in hand.

“I never lost the lead so I had to stay patient,” Rose said.

“Definitely there were times in my career where I’ve had decent sized leads and you start to throw it away a little bit and you panic. I just knew I couldn’t do that [here]. I stayed calm, I stayed with it.

Rose is now 12.00 favourite to win the US Masters at Augusta in April, while McIlroy is 13.00 and former Green Jacket winner Scott is 41.00 following his strong showing at Torrey Pines.