Posted by Daniel Martin on September 1, 2015 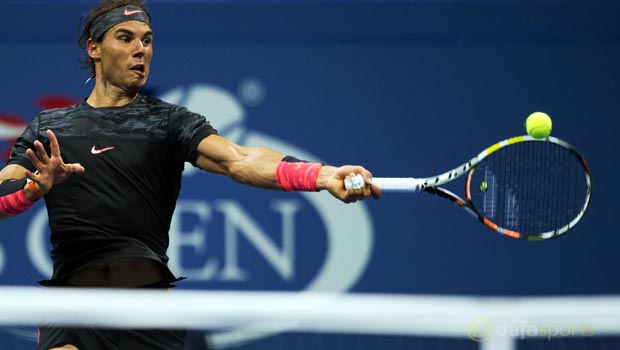 World number one Novak Djokovic admits Rafael Nadal has not enjoyed a great season but says the Spaniard has a chance of winning the US Open.

The Manacor-born star has struggled with injuries over the past year and required wrist surgery towards the end of 2014, ruling him out of the event at Flushing Meadows.

The Spaniard is yet to get past the quarter-final stage of a Grand Slam this season and was knocked out of Wimbledon at the second round by German Dusting Brown – the fourth successive early exit at the All England Club.

The four-time Davis Cup winner has managed to clinch one ATP title in 2015, having triumphed in the German Open in Hamburg for the second time in his career.

Nadal, who has won 14 Grand Slam tournaments, started his US Open campaign on Monday with a hard-fought victory over 18-year-old Borna Coric, recording a 6-3 6-2 4-6 6-4 success.

The Spanish ace, won the event at Flushing Meadows for a second time in 2013, could possibly face Djokovic in the last-eight and the Serbian believes Nadal is a serious contender this year.

He told Tennis.com: “Rafa has not had the best season, has not won a Grand Slam and has not won many tournaments he has played this year, but he has the ability of coming back very well and he did that in 2013.

“He has so much intensity in his game that at times his body suffers much more than other players on the Tour but I am sure he works really hard and spends a number of hours on the court every day to get better and have a real shot at winning any tournament he plays.”

Nadal is a 21.00 shot to win the US Open while Djokovic is the favourite at 2.00, slightly ahead of British number one Andy Murray at 4.50.