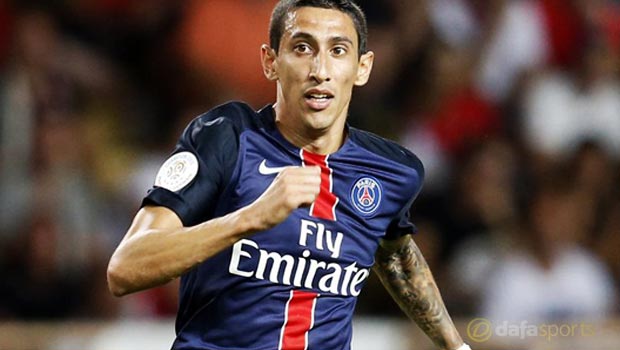 Angel Di Maria was delighted after he helped Paris Saint-Germain to a resounding 3-0 win over Monaco on his debut for the French giants.

The former Manchester United and Real Madrid star came off the bench midway through the second half with his team already leading courtesy of an Edinson Cavani strike.

Di Maria almost set the striker up for a second with his first touch but he did tee up Ezequiel Lavezzi for PSG‘s third goal after Cavani had put daylight between the sides.

After enduring a hard time at Old Trafford last season and suffering injury woe at the Copa America this summer, the 27-year-old was delighted to get involved in the action.

“I was impatient to pull on this shirt,” he said afterwards. “Everything went well for me. My introduction into the game went well; I felt at ease and was able to provide an assist.”

Di Maria was eager to get away from Manchester United after one season in England and may have taken a pop at his former team-mates, insisting he is delighted to now be playing “with the best” in Paris.

“It’s always easy to play with great players, and PSG have a lot of them. The club have managed to strengthen the team, but also to keep other spectacular players such as Thiago Motta,” Di Maria added.

“He extended his contract a few days ago. I’m happy, because I have the opportunity to play with the best.”

With four wins from four games this season, PSG are off to the perfect start as they attempt to win a fourth straight French title.

Laurent Blanc’s team are 1.18 to get the better of Bordeaux in their next game on 12th September where Di Maria could make his home debut.