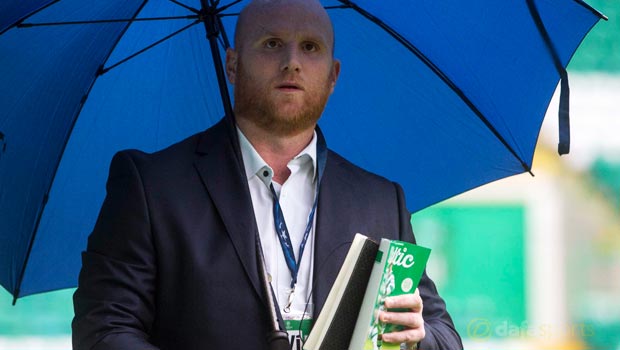 Former Celtic striker John Hartson believes the Europa League represents a good challenge and his old side can thrive in the competition this season.

The Bhoys missed out on the Champions League for a second consecutive year after they were defeated 4-3 on aggregate by Malmo in the qualifying round, having led 3-2 after the first-leg.

It was a huge disappointment for the club and manager Ronny Deila admits Celtic need more experience in their squad, while suggesting the transfer policy needs to be tweaked.

All is not lost for the Parkhead outfit though as they will participate in the Europa League this season, having been drawn in a difficult group alongside Ajax, Fenerbahce and Molde.

The tournament has become a hindrance for many teams over the years, with the likes of Newcastle United and Everton both struggling to deal with the extra fixtures on the schedule and seeing domestic results take a turn for the worse as a result.

However, Hartson, who scored 88 goals in 146 appearances for the current Scottish champions, has urged the Scottish champions to take the competition seriously as they have the opportunity to enjoy good success.

He told talkSPORT: “Celtic, the Europa League is probably the level they’re at right now – They’ll be delighted that they’re in Europe but it’s not as good as the Champions League, but they still have the chance of welcoming some decent sides to Celtic Park.”

Celtic’s best run in the tournament came back in 2002-03 when they finished runner-up and the Scottish giants are 67.00 to win the title this year.

German outfit Borussia Dortmund are the early favourites at a price of 8.50 while Liverpool, who played in the Champions League in the previous campaign, are a 15.00 shot.