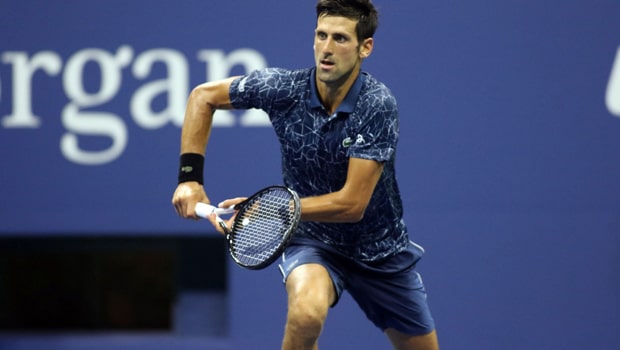 Novak Djokovic revealed it was a proud moment for him having equalled the Grand Slam tally of childhood idol Pete Sampras.

The 31-year-old defeated Juan Martin del Potro 6-3 7-6 (7/4) 6-3 to claim a third US Open success at Flushing Meadows and make it back-to-back slam titles after his Wimbledon win this summer.

Prior to his SW19 crown, Djokovic had gone two years without a grand slam title, struggling with motivation, confidence and an elbow problem that ruled him out of the US Open 12 months ago.

Equalling Sampras’ haul of major successes was particularly special for Djokovic, who is now behind only Rafael Nadal on 17 and Roger Federer’s 20 Grand Slam wins.

“Pete Sampras is one of the biggest legends ever to play the game. He was my childhood idol,” Djokovic revealed.

“The first thing I saw related to tennis on the TV was his first or second Wimbledon championship. That inspired me to start playing tennis.”

Djokovic survived a brutal 95-minute second set to take control of his duel with del Potro, who was aiming for a second Slam title nine years after his first, having suffered two serious wrist injuries that threatened to end his career.

From 1-3 in the second, Del Potro won three games in a row and had Djokovic rattled as the Serbian had to endure a dramatic 20-minute service game and save multiple further break points.

Djokovic then also won the tie-break from 1-3 down and in doing so appeared to break del Potro’s resistance somewhat.

Djokovic is 2.75 favourite to win the Australian Open in early 2019 and make it three successive Grand Slam wins.