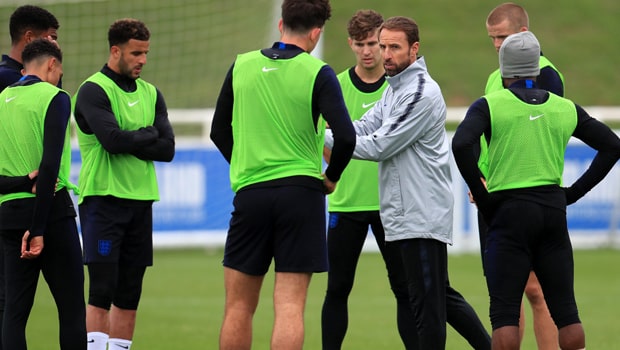 Gareth Southgate insists he “loves the challenge” of being England manager despite a third successive loss against Spain.

Despite taking an early lead, England lost their UEFA Nations League opener 2-1 to Spain at Wembley on Saturday.

The Three Lions now find themselves in the midst of a three-match losing streak for the first time since 1988, but Southgate isn’t about to shirk the challenge.

Leading England to their first World Cup semi-final in 28 years this summer in Russia is something that has readied the manager for a tough challenge.

He is under contract until the end of Euro 2020 and remains content with that state of affairs.

“I believe I’ve been through an experience that is as pressured as you’re ever going to face at any club or international team in getting through a World Cup, so I’m totally comfortable with that, and what’s beyond that is to be decided.

“For me, I’m under contract, I’m enjoying the role, I love the challenge of it and that’s it really.”

A friendly at home to Switzerland is next up on Tuesday while England face a double-header next month away to Croatia and Spain in the Nations League.

It is set to be an “exceptional challenge”, according to Southgate, but one he is relishing.

“I am 100 per-cent focused on this job, nothing else,” he added. “I am under contract, I have two years.

“I know absolutely what comes with the job so anything that suggests there’s a problem with what surrounds the job, and the focus and attention of it, absolutely no problem at all.