Posted by Daniel Martin on September 6, 2018 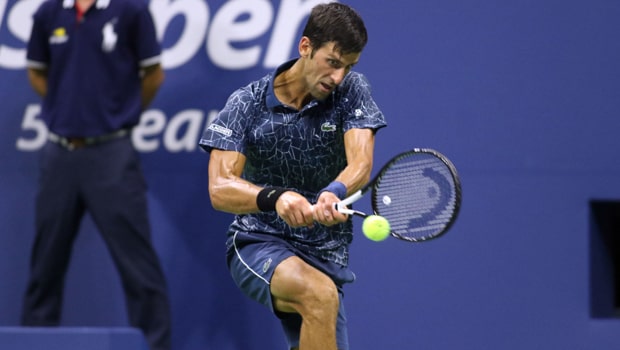 Novak Djokovic reached the US Open semi-finals after disposing of John Millman 6-3 6-4 6-4 in difficult humid conditions at Flushing Meadows.

The Serb was always in control of the match but both players were forced to battle against the heat and voiced their concerns afterwards.

Millman, ranked 55th in the world, was appearing in his first Grand Slam quarter-final, having stunned Roger Federer in the previous round.

The Swiss cited the intense heat on court as a factor in his sub-par performance and, in victory, Djokovic was also quick to query the New York conditions.

The former world number one and 13-time Grand Slam champion feels the USTA needs to do something about conditions at court level. “I personally have never sweat as much as I have here. Incredible.

I have to take at least 10 shirts for every match. It’s literally after two games and you’re soaking,” Djokovic said.

“I asked the chair umpire whether they are using some form of ventilation or air conditioning down at the court level, and he says that ‘he’s not aware of it’, that, you know, only what comes through the hallway type of thing.

“I think that this tournament needs to address this. I mean, because whether it’s night or day, we just don’t have air down there. It feels like a sauna.”

Twice champion at Flushing Meadows, Djokovic has now won all 11 of his quarter-final matches in New York.

He goes on to play Japan’s Kei Nishikori in the last four on Friday. Nishikori overcame seventh seed Marin Cilic in a gruelling five-set match.

Djokovic is now favourite at 1.85 to win the US Open title, with Nishikori, beaten finalist in 2014, priced at 13.00 to make his Grand Slam breakthrough.