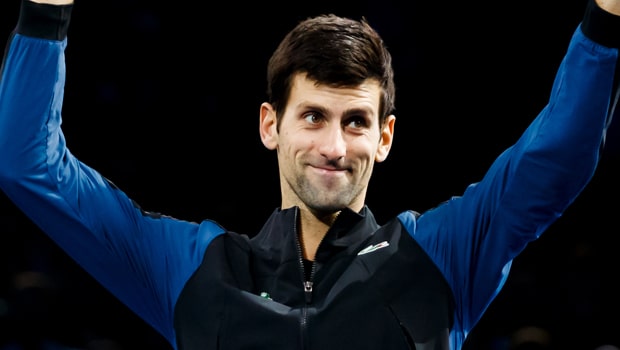 Novak Djokovic says that winning the French Open for a second time is a tall order despite his good form on clay.

The second Grand Slam of the year takes place in Paris and starts on Sunday, with Djokovic going into the tournament having reached two ATP finals on clay in the last couple of weeks.

The Serbian won the Madrid Open and then reached the final of the Italian Open only to lose in three sets to Rafael Nadal.

It is the Spaniard, going for his 12th French Open title, that Djokovic acknowledges is the man to beat in the French capital.

Also naming Dominic Thiem and Fabio Fognini as dangerous opponents on a clay court, the world number one said: “Nadal is the number one favourite without a doubt, and then everyone else.

“I think it’s going to be a really good tournament. Dominic Thiem has been playing some good tennis and he can beat anybody, especially on clay.

“Fognini is also playing quality tennis, he showed against Nadal in Monte Carlo what he is capable of.

“On a given day, best of five (sets), with one day between matches, players will have enough time to really be at their best.”

Djokovic has won the last three Grand Slams – Wimbledon and the US Open last year while he beat Nadal in the Melbourne final in January. Three times a beaten finalist in Paris, the 32-year-old finally won the tournament in 2016 and has been a losing quarter-finalist in the last two years.

Djokovic is not taking part in this week’s Geneva Open where Alexander Zverev is the top seed, with the German through to the quarter-finals where he will play Bolivian Hugo Dellien.