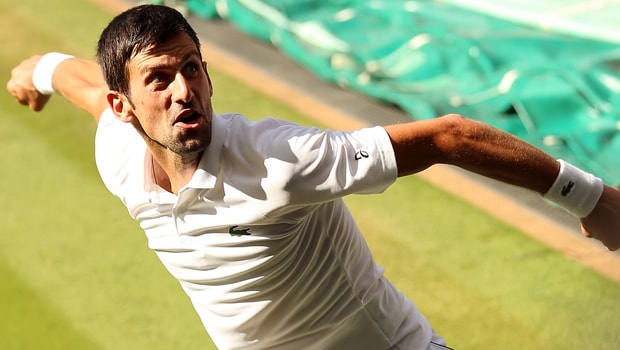 Serbia’s Novak Djokovic overcame Roger Federer 6-4 6-4 during the final of the Cincinnati Masters and become the first man to complete a career sweep of all nine 1000 Series titles.

Djokovic was emotional as he was handed the trophy just months after he came back from surgery on his elbow.

The former world number one missed the start of the campaign due to the problem but made a successful return to Wimbledon as he lifted the title at SW19.

Djokovic looked back to his best on Sunday as he stopped Federer from winning his eighth title in Cincinnati.

He had lost on five previous occasions in Ohio but he finally got his hands on the cup as he made history.

Federer, Andy Murray and Spaniard Rafael Nadal have won seven Series titles but Djokovic has been stuck on eight since 2013.

He admits it was a proud moment and his win comes at the right time, with the US Open starting at the end of the month.

“It’s a very special moment for me. It’s the first time I get to stand here as the champion – I’ve lost five finals before, most of them to this great man – Roger, thank you for finally letting me win one in Cincinnati,” he told the crowd.

“I’d like to thank my family for their support, especially through these hard times – it’s been a bit of a roller coaster with injury, time off and surgery. It all seems unreal to be back at this level, winning Wimbledon and now this.”

Djokovic is now the 3.50 favourite to win at Flushing Meadows, with Nadal priced at 5.00.