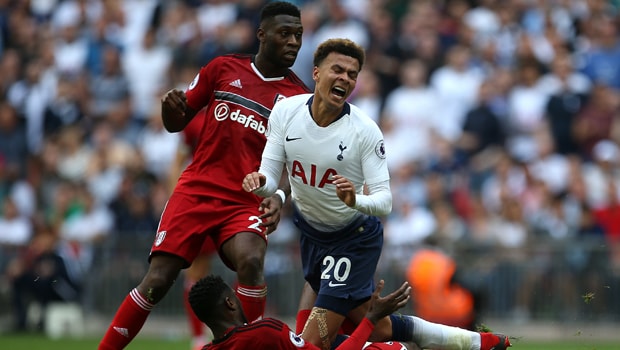 Fulham boss Slavisa Jokanovic has piled the praise on midfielder André-Frank Zambo Anguissa after his debut during the defeat to Tottenham on Saturday.

The 22-year-old was thrown into the deep end last weekend as he played in his first game despite linking up with the squad a few days earlier.

Anguissa met his new team-mates on Wednesday before making his debut but he was unable to stop his side from losing.

Lucas Moura, Kieran Trippier and Harry Kane all found the back of the net, with Aleksandar Mitrovic scoring a consolation effort for the Cottagers.

Jokanovic’s men have now lost back-to-back games in the Premier League but he admits the 22-year-old did well on his debut.

He told West London Sport: “Anguissa is a seven-day-old part of the team, but he showed the power and quality when combining [with Jean Michaël Seri and Ryan Sessegnon].

“It’s time for us to discover each other, and how I can use them in the best way.”

Jokanovic started just four players on Saturday that had played in the Championship play-off final in May and he admits it will take time for his team to adapt.

He added: “We are a Premier League team in a building process, so we need time. We showed a few positive things, but we need to fix some problems without a doubt.”

Fulham will take on Burnley in their next league game on Sunday. They are 2.10 favourites, with the draw 3.30, while the Clarets can be backed at odds of 3.60.