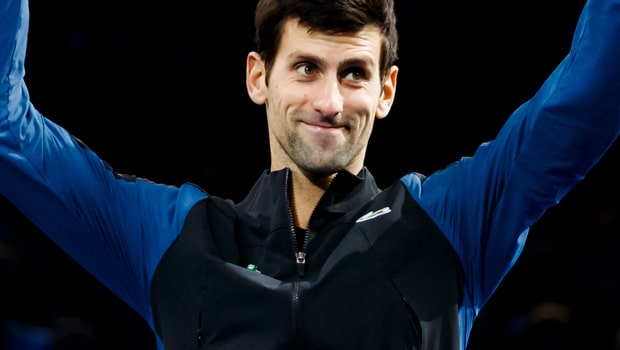 Novak Djokovic feels his confidence will have been boosted after he overcame Stefanos Tsitsipas to win the Madrid Open for a third time.

Djokovic won 6-3 6-4 in one hour 32 minutes to earn a record-equalling 33rd Masters 1000 title. Djokovic’s 74th Tour title came after having made just one quarter-final appearance in three tournaments since lifting the trophy at the Australian Open for a seventh time early this year. With the French Open looming, the 31-year-old knows the value of a timely success.

“This is a very important win for me, especially for my confidence,” Djokovic told Sky Sports. “I wasn’t playing my best tennis after the Australian Open so I was looking to regain momentum. I played some of my best tennis here.”

Tsitsipas, who beat Roger Federer at the Australian Open, dispatched Rafael Nadal in the last-four in Madrid on Saturday, a victory which Djokovic felt might have impacted on the 20-year-old Greek.

“I needed to step up, Stefanos is very talented. He beat Rafa yesterday, he had a late night and he wasn’t as dynamic in his movement and that was probably due to his long match,” Djokovic added.

Having matched Nadal’s record of Masters 1000 triumphs, the Serb now has his eyes trained on holding all four Grand Slam titles, which he will do if he claims a second French Open title next month in Paris.

Tsitsipas, who saved three match points, admits he can take plenty away from his week in Madrid, despite losing the final. “It’s inspiring what you do, simply amazing. You deserve it,” he said of his opponent.

“You had a great week. It was also a great one for me, with good memories and good crowd support.”

Djokovic is 2.88 to win the French Open, with Nadal favourite at 2.40 and Tsitsipas trading at 17.00 for his Grand Slam breakthrough.