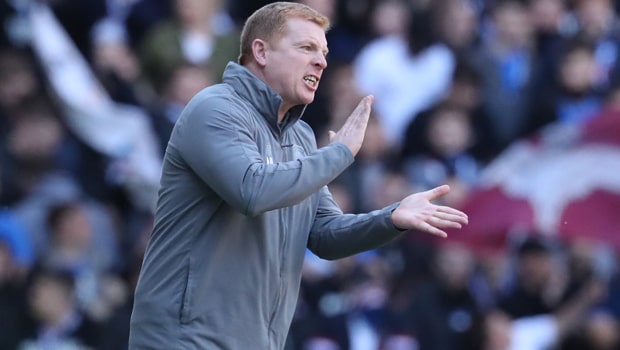 The Hoops were overpowered by Rangers, who achieved a second success from four Old Firm games this season, as goals in each half from James Tavernier and Scott Arfield gave Steven Gerrard’s men the spoils.

Despite Lennon’s assertion that Jon Flanagan should have been sent off for elbowing Scott Brown in the face, he conceded Celtic were a very distant second best on the day. “The performance was poor,” he said.

“Very poor. We lacked energy and desire. And lacked quality. The hungrier team won and that’s the biggest criticism I can lay at the players’ feet.

“We looked flat and like we were just fulfilling the fixture and that’s obviously not good enough.”

Lennon came in as interim boss to replace Brendan Rodgers in February. He’s already pushed Celtic over the line for eight domestic titles in a row and has a Scottish Cup final against Hearts to come.

With Kieran Tierney and James Forrest among the absentees against Rangers, Lennon feels the squad requires significant rebuilding and, despite the latest loss, he still hopes to be given the job full time this summer.

“There’s a rebuilding job here, there’s no question of that. And I’ve known that from day one,” he added.

“I think the lack of depth in the squad has been apparent for quite a while now.

“I’ve no idea [if this will impact my hopes of getting the job], I wouldn’t have thought so. We have come through a lot of big games recently, meaningful games.