Novak Djokovic happy to hang in at Indian Wells 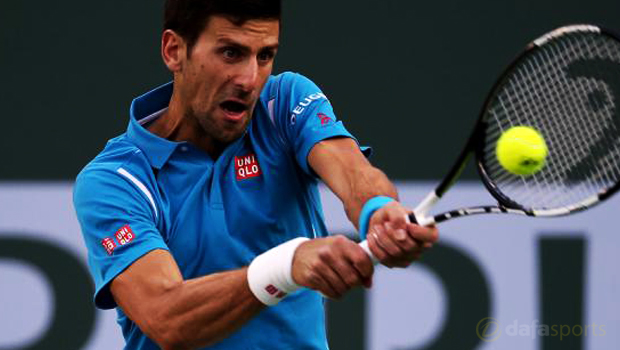 World number one Novak Djokovic admitted he was happy to ‘hang in’ after coming from a set down to defeat qualifier Bjorn Fratangelo in his opening match at the Indian Wells Masters.

The Serb is seeking to win the event for the third year running but he was posed a big question by his American opponent as he started slowly and lost the first set 6-2.

Fratangelo won the opening four games of the match but Djokovic composed himself and, having levelled things up, he rattled off a five-game winning sequence of his own to prevail 2-6 6-1 6-2.

Djokovic admitted his start to the match was not what he has come to expect from himself, but he was relieved to be able to grind out the win.

“He came out with a good game plan. I started awful,” Djokovic told the ATP’s official website.

“All credit to Bjorn on playing a great match, but I wasn’t feeling comfortable at all on the court. I was just trying to find a way, trying to hang in there and make it through.”

Djokovic will face Philipp Kohlschreiber next up and he is 1.11 to win that game while the German is on offer at 6.00.

No. 4 seed Nadal was happy to get past a tricky opponent.

“It’s very, very difficult to play. You have to be focused all the time and put as many balls in the court as you can and wait for your moment.”