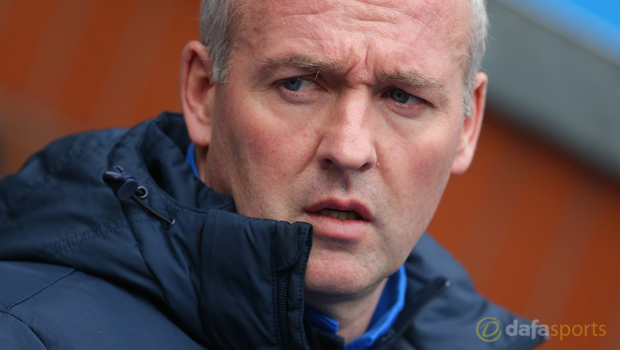 Blackburn boss Paul Lambert feels his side’s hectic schedule is beginning to show in their results.

Rovers were defeated 2-1 at Ewood Park by Leeds United on Saturday and face another tough assignment on Tuesday night when they head to Portman Road to take on Ipswich Town.

The game against Mick McCarthy’s Tractor Boys will be Blackburn’s seventh game in 20 days and Lambert felt there were definite signs of fatigue against Leeds.

“I thought maybe it was a game too far in certain areas but that is not to fault the effort, drive and commitment. We made a right good fist of it and I still thought we were the better side,” he told Radio Rovers.

“It wasn’t for the lack of trying, sometimes you get the break of the ball and sometimes you don’t, I couldn’t ask for any more.”

Lambert felt his team had started well against Leeds but goals either side of half-time from Sol Bamba and Mirco Antenucci put the visitors in control.

Simeon Jackson netted near the end but Rovers could not find a leveller.

The Rovers boss is expecting another hard night against Ipswich, who saw their promotion hopes dented by a weekend defeat to Cardiff City.

“I don’t think we deserved to lose [against Leeds],” Lambert added.

“I thought we started the game really well but against the run of play they scored from a corner, and then from our own corner they break and get a second.

“But the fixtures we had, and the gruelling timescale to turn around games, has been extraordinary and we’ve got another one on Tuesday.”

Blackburn are 101.00 to be relegated from the Championship this season.