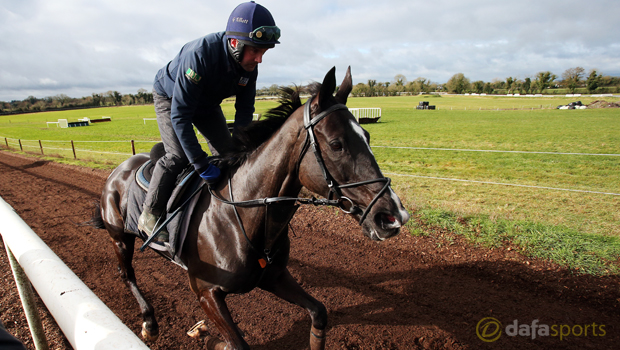 Gordon Elliott is adamant that things are coming together perfectly for his Cheltenham Gold Cup hopeful Don Cossack.

Elliott arrived at Prestbury Park on Sunday ahead of the opening afternoon of the four-day meeting on Tuesday and was delighted to find the sun shining over Cleeve Hill.

The Irish trainer feels the drying ground will enhance the chances of Don Cossack in Friday’s showpiece.

Following a day of sunshine, the going was changed on all three Cheltenham courses on Sunday to soft, good to soft in places (from soft).

That was music to the ears of Elliott.

“Don Cossack’s in great form. I couldn’t be happier with him. I was delighted to see the sun shining when I arrived at Cheltenham – the only thing we don’t want for him is testing ground,” he told the Racing Post.

“I wouldn’t swap him in the race. Of course there are a few very good ones against him, and Djakadam is the one I fear most.”

Don Cossack was the highest rated chaser in Britain and Ireland last season, with his sole defeat of the campaign coming in the Ryanair Chase at Cheltenham.

He regained the winning threat in the Melling Chase at Aintree and appeared to relish the step up in trip when scoring in the Punchestown Gold Cup on his final start of the season.

He has three wins from four starts this season, his only defeat arriving when he fell at the second last fence in Kempton’s King George VI Chase in December – seemingly as he was about to lay down a big challenge to Vautour and eventual winner Cue Card.