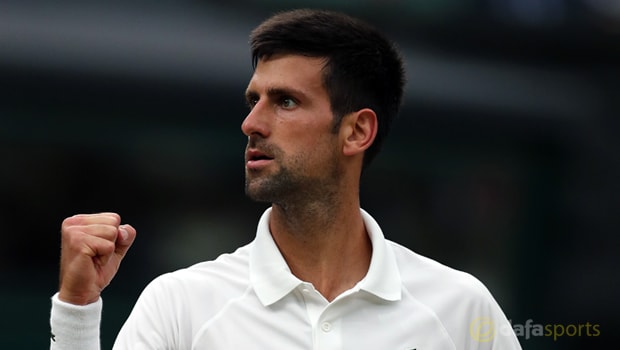 Novak Djokovic will face a tough route through to the Australian Open final as defending champion Roger Federer is among the big names in his half of the draw.

Former world number one Djokovic is a six-time winner at Melbourne Park, but he heads into this year’s tournament having just recently recovered from an elbow injury that scuppered the second half of his 2017 season.

The Serbian will face world number 61 Donald Young in his opening match of this year’s tournament, but he faces a tough route through to the latter stages as Federer, as well as players like Juan Martin del Potro, David Goffin, Mischa Zverev and Alexander Zverev, are all in his half of the draw.

On the other side of the draw, top seed Rafael Nadal will face the Dominican Republic’s Victor Estrella Burgos in his opening match, while Marin Cilic, Nick Kyrgios, Jack Sock and Grigor Dimitrov are likely to be the Spaniard’s main threats if he is to reach the final of the competition.

In the women’s draw, top seed Simona Halep, who is chasing her first Grand Slam title, will come up against Australian wildcard Destanee Aiava in round one, while second seed Caroline Wozniacki will face off against world number 56 Mihaela Buzarnescu.

British number one Johanna Konta has been handed a tough opening match, as she will take on Madison Brengle, with the American having won three of their four previous meetings.

It is Federer who is seen by many as the man to beat in the men’s tournament, as he is priced at 2.80 to successfully defend the crown he won for a fifth time 12 months ago, while the likes of Halep and Wozniacki are among the favourites in the women’s competition.