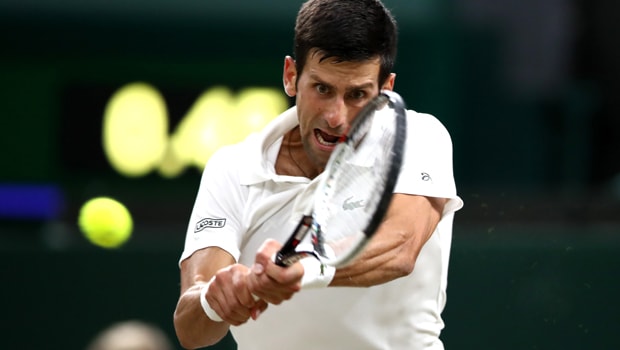 Novak Djokovic revealed he wasn’t sure he’d ever scale the heights of Grand Slam glory again after defeating Kevin Anderson to win his fourth Wimbledon title.

At that point the Serb held all four of tennis’ prized possessions, but a wrist injury thwarted his progress during a barren 2017 season on the Grand Slam stage.

Djokovic landed the opening set in 29 minutes and twice broke the powerful South African in the second to move clear.

Anderson, who endured more than six hours on court in Friday’s semi-final epic with John Isner, gamely battled in the third but Djokovic saved five set points before closing out his win with an ace.

Now 31-years-old, Djokovic suggested afterwards that there were moments of doubt he’d scale such heights again.

“I had many moments of doubt, I didn’t know if could come back to this level to compete,” said Djokovic.

“There is no better place to make a comeback, it’s a sacred place for the world of tennis, and it’s very special.”

Despite the loss, Anderson admitted appearing in his maiden Grand Slam final on Centre Court, of all places, was something he would treasure.

“I am definitely not feeling as fresh as I was coming into the week,” he said.

“But I’d have given another 21 hours to have the opportunity to play out here, it really meant a lot to me.”

Djokovic is 3.80 to win the US Open in New York City later this year, while Rafael Nadal is 5.25.