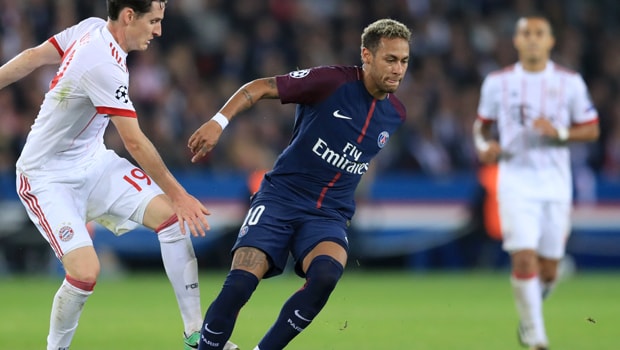 European champions Real Madrid have for the second time this month responded to speculation linking them with a move for Paris St-Germain striker Neymar.

The La Liga giants had already described reports linking them with the Brazil star as ‘outright false’ on July 2, but they have been moved to respond for a second time.

A Spanish television report had claimed Real had offered £275m (€310m) for the ex-Barcelona forward, who left Spain last summer to join PSG in a world-record deal worth £200m.

Neymar scored 28 goals in 30 games for French champions PSG last season, but he has been regularly linked with a move back to Spain to join Barcelona’s arch-rivals Real.

“Real Madrid wish to clarify that the club has no intention of making any offer for the player,” the club said in a statement.

“The two clubs enjoy an excellent relationship and, as such, if Real Madrid were at any stage to consider securing the services of a PSG player, they would approach the club in the first instance.”

Real Madrid have also been linked this summer with a move for Paris St-Germain’s exciting French international forward Kylian Mbappe, who moved to Paris last summer from Monaco.

Neymar missed the latter part of last season with a foot injury, though he recovered in time to feature at the World Cup in Russia last month, scoring two goals along the way before Brazil were knocked out at the quarter-final stage by Belgium.

Real Madrid may be keen to secure a high-profile signing after talisman Cristiano Ronaldo waved goodbye to the club this week, joining Juventus after nine years at the Bernabeu.

Madrid are 2.30 to win La Liga next season, with champions Barcelona favourites at 1.75.