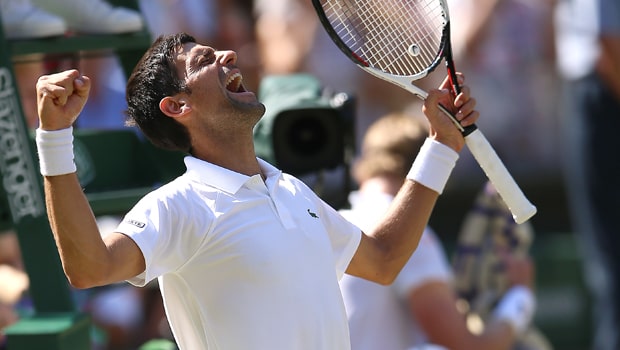 Djokovic, seeded two for the tournament, overcame the 21-year-old Coric 6-3 6-4 in one hour and 37 minutes to claim his fourth career success in the Shanghai event.

It was an 18th successive victory for Djokovic, since he lost at the Rogers Cup in early August.

The Serb will replace Roger Federer as world number two when the new rankings are released on Monday, the Swiss having lost to Coric in their semi-final meeting on Saturday.

Djokovic cruised through the first set before Coric recovered from 3-0 down in the second set to make things interesting.

The youngster saved three championship points to break Djokovic and make it 5-4, but the 14-time Grand Slam champion showed his metal, answering back to win his 26th consecutive set and land the title in style.

Djokovic is now hot on the heels of Rafael Nadal in the ATP Race for London, with just 35 points separating the front two.

Victory in the Cincinnati Masters in August saw Djokovic become the first player to win all nine Masters 1000 tournaments on the ATP Tour. The win was his 32nd career Masters title and 72nd ATP title of his career.

Djokovic is favourite at 2.50 to win the Australian Open in Melbourne in January.

Coric was playing in his first Masters 1000 final and, while he has now failed to take a set off of Djokovic in four meetings, he could only see positives from his week in China.

“I’m just happy with the whole week. I think it was a really good week for me, from basically me thinking on Monday morning I’m going to fly out on Monday evening after my first match [against Stan Wawrinka] to playing my first Masters 1000 final,” he said.

“It’s awesome. I need to take only positives from this week.”