John Gosden happy for stars to collide at Ascot 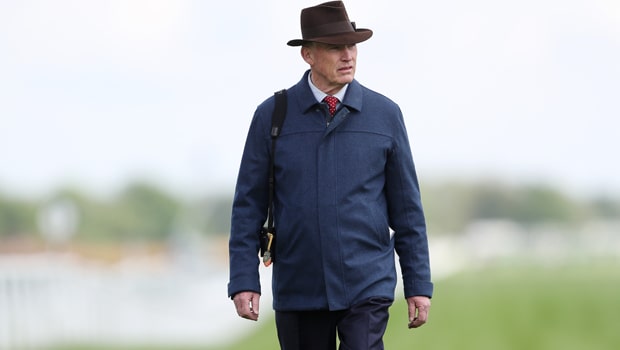 John Gosden won’t be standing in the way of Roaring Lion denying Cracksman a fairytale finale in Saturday’s Qipco Champion Stakes at Ascot.

The star pair are both headed for the British Champions Day centrepiece, after campaigns that have gone in difference directions.

Three-year-old Roaring Lion finished third in the Derby at Epsom behind Masar – the same position Cracksman occupied behind Wings Of Eagles a year previously.

Since then the Qatar Racing-owned son of Kitten’s Joy has excelled, bagging Group One wins in the Coral-Eclipse at Sandown, the Juddmonte International at York and the Irish Champion Stakes at Leopardstown.

He’ll go to Ascot with a leading chance of Champion Stakes glory, though his trainer is retaining an entry in the Queen Elizabeth II Stakes – in case the ground conditions deteriorate significantly.

“Hopefully he is going to the Champion Stakes. He has been a fabulous horse to train and I’ve never had a horse get bigger and stronger like he has. He has got some constitution, to take the racing and the training,” said Gosden.

Cracksman was a brilliant winner of last year’s Champion Stakes but things have been tougher this term, with fast summer ground seemingly not his thing.

After an early win in France, he scrambled home to win the Coronation Cup at Epsom before being turned over by Poet’s Word in the Prince of Wales’s Stakes at Royal Ascot in June.

He’s been off since, but Gosden still hopes for a fitting farewell from the son of Frankel, winner of his seven career starts from 10 so far.

“The old boy is in top order. He runs in the Champion Stakes and I should think that would be his last race,” he added.

“I’m considering all options. There has always been a prejudice in this country against blinkers and anything of that nature.

“Plenty of horses, like us, need to stay focused on what they are doing and it’s a very useful aid.”

Cracksman is 2.75 favourite for the Champion Stakes, with Roaring Lion next best in the betting at 3.25.