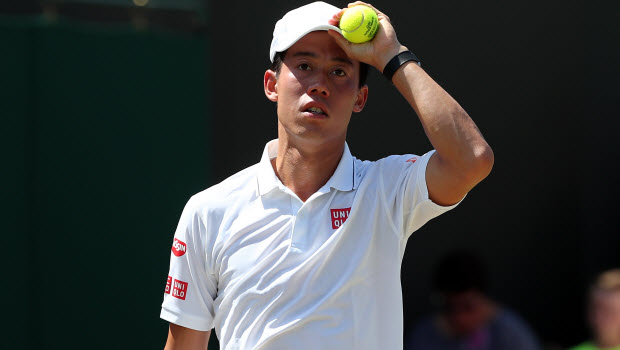 Kei Nishikori admits he is looking forward to heading back on to the hard courts ahead of the US Open.

The Japanese player has not been at his best in 2017 so far as he’s yet to win a tournament, while a quarter-final appearance at the French Open has been the highlight.

He appears to play his best tennis on hard courts, though, and his sole Grand Slam final appearance came when he went down to Marin Cilic on the DecoTurf at Flushing Meadows in 2014.

Following his third-round exit on the grass at Wimbledon earlier this month, Nishikori has set his sights on a big summer, with US Open glory at 29.00 his main goal.

However, it is not his only focus, especially with the once-in-a-lifetime opportunity of a home Olympics in Tokyo to come in 2020, where he will be hoping to improve on the bronze he won in Rio de Janeiro in 2016.

The 27-year-old admits he is excited about the weeks ahead and believes a strong run of results can help set the tone for what promises to be a busy few years.

“I am really looking forward to the summer season,” he said at an event in Tokyo.

“I want to regain my confidence on the hard courts and be in tip-top condition. “It is a long way to go (until Tokyo 2020) but if I strengthen my body over these next two or three years then I think I can head into what will be a good period for me.

“I will have the advantage of playing at home and would like to try again for a medal.” Roger Federer currently leads the US Open market at 3.25, while Rafael Nadal is priced at 5.00.