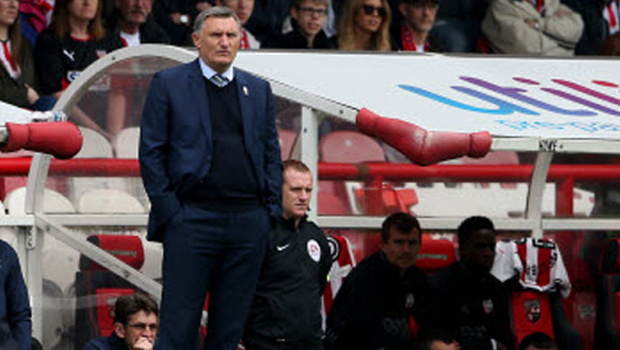 The forward completed his move from Reading on Wednesday and is a player Mowbray has worked with before, having previously spent time on loan under him at Coventry.

Having signed a three-year deal, the 23-year-old has a chance to lay down some roots and his potential clearly excites the Rovers boss.

Following their relegation from the Championship, Mowbray has been re-building his squad after signs of improvement in the closing weeks of last term and they are currently the 5.25 favourites to top League One.

Samuel’s pace is clearly an attribute he likes and he could well form a handy partnership alongside the experienced Danny Graham.

The boss admits he is excited at what the Londoner can bring to his squad and is backing him to make significant strides in Lancashire.

He has the ability to run in behind defences and hopefully a hunger to score lots of goals. “I think he’s a young player with raw attributes that we have to try and polish up and make into a big asset for the football club.

He’s a player who can hurt the back of defences and that’s what Dominic will bring – some speed and power to the team and hopefully plenty of goals.”

Blackburn are 2.63 to make a winning start to their campaign at Southend on August 5, with the draw 3.10 and the Shrimpers are 2.80 to win.