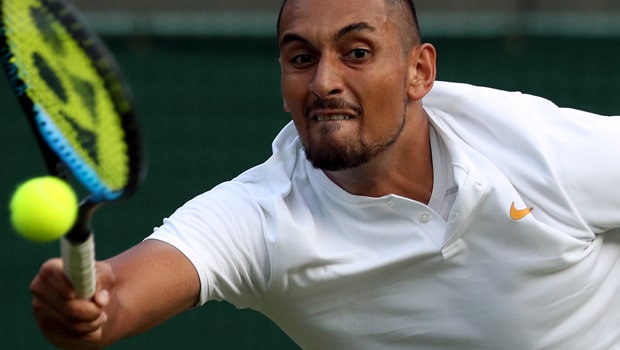 Nick Kyrgios feels a dramatic second-round win over Rafael Nadal at the Mexican Open in Acapulco has given his confidence a major boost.

The controversial star moves on to face Stan Wawrinka in the quarter-finals, with the Swiss having defeated seventh seed Steve Johnson 7-6 (7-5) 6-4 in his second-round outing.

Kyrgios saved nine break points in the match overall and rallied from 6-3 down in the third-set tie-break to claim the win over the world number two and top seed in Mexico.

“It’s massive. I’ve struggled a lot this year, so to be able to put in a performance like that against the No. 1 seed is pretty special,” said Kyrgios.

“The level of tennis I played is a good test for my body and just the way I competed, I left it all out there. It’s a massive confidence boost for me.”

Kyrgios received treatment on his lower back before the start of the third set, although he did not appear to be restricted in his movements as he continued his trait of raising his game against the world’s best players.

Wawrinka hit 32 winners in his win over Johnson and 23-year-old Kyrgios is anticipating another severe test of his credentials in the last-eight.

“It’s going to be incredibly tough. Another multiple Grand Slam champion who knows how to win matches,” added Kyrgios.

“It looks like he’s coming into form again. His one-handed backhand is one of the best ever in the game and he’s a great competitor.”

Kyrgios is 2.30 to win his quarter-final against Wawrinka on Friday, with the Swiss 2.50 to win in straight sets.