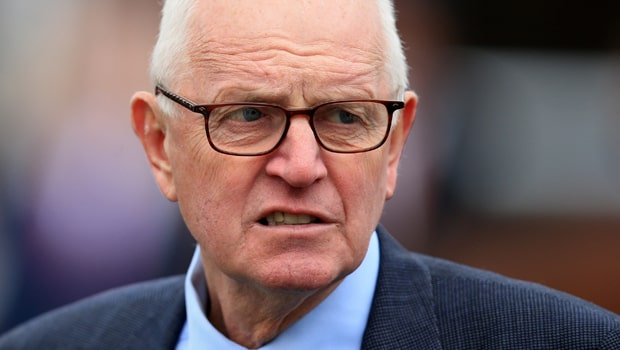 Mick Channon has some worries over a helter-skelter pace upsetting Glen Forsa in the Arkle at Cheltenham, but he feels his charge will be tough to beat if he gets into his rhythm.

Glen Forsa ran out a wide-margin winner of the Kingmaker Chase recently at Sandown, defeating Kalashnikov with plenty in hand.

The latter had mostly impressed since going over fences this term and was a very close second in the Supreme Novices’ Hurdle at Cheltenham last March for Amy Murphy.

Given the manner of Glen Forsa’s success in the Kingmaker, Channon is more than hopeful he will go close in the Arkle.

His charge has plenty gears but the trainer is just hoping they do not go too fast early on for him.

“It’s all about jumping and the quality that is rarely seen in any horse, he seems to own – that’s his ability to quicken up not once, but two or three times, which is a trainer’s dream,” Channon said.

“As for his jumping, it’s been a hallmark of his races over fences, but funnily enough that’s the thing that worries me.

“The Arkle is one of the first races on the first day, the meeting hasn’t settled down and they go like hell, but if Jonathan [Burke, jockey] can get him into a rhythm, he will take a lot of beating.”

Glen Forsa was dropping back to the minimum trip in the Kingmaker having impressed over further and his trainer suggests a repeat of that Grade 2 win will have him in the Arkle picture.

“I admit going back to two miles at Sandown against Kalashnikov frightened me a bit. He beat Kalashnikov fair and square, he just needs to go and do it all again now,” he added.

Glen Forsa is 4.50 to win the Arkle on March 12, with Kalashnikov trading at 11.00 following his Sandown setback last time out.