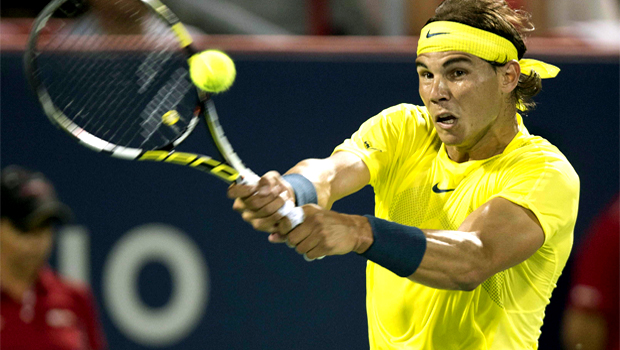 Rafael Nadal will take on Roger Federer in the quarter-finals of the Cincinnati Masters and the Spaniard can’t wait to face his old rival.

The two former world number ones have one of the greatest rivalries in the history of tennis, having contested eight Grand Slam finals between 2006 and 2007.

Nadal, who has won six of their meetings in major finals, has been in fine form this year, despite his early exit at Wimbledon, with eight wins in the 11 tournaments he has entered.

Federer is still trying to rediscover his form after a disappointing season and has recently revealed he has been suffering from a back problem for some time.

Both players dropped a set in their respective last 16 ties as world number three Nadal overcame Grigor Dimitrov 6-2 5-7 6-2, while Federer lost the first set 6-1 against Tommy Haas before fighting back to seal a 1-6 7-5 6-3 victory.

Nadal has welcomed his match-up against Federer in Cincinnati, although he concedes that meeting the Swiss star in the last eight does not hold the same intrigue as a final showdown would.

“To play against Roger is always a special feeling. We have a great history behind us in our confrontations,” said Nadal.

“But it’s a quarter-finals match, not the final, so that’s a big difference.”