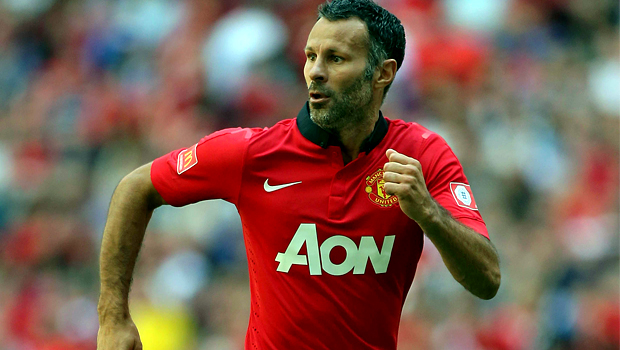 United had the league wrapped up by the end of April last term and finished 11 points ahead of nearest rivals Manchester City.

However, the top three teams from last season have all changed managers and Giggs feels this could result in a more open battle for the top prize.

Jose Mourinho has returned to Chelsea after calling time on his stay with Real Madrid, Manuel Pellegrini has replaced the axed Roberto Mancini at City and United are now managed by David Moyes following Sir Alex Ferguson’s retirement.

“From our perspective Sir Alex was here for so long and it’s a big change for the club,” Giggs told the club’s official website. “But there have also been changes at Chelsea and Manchester City and no-one really knows what will happen.

Giggs believes the likes of Arsenal, Tottenham and Liverpool could emerge as contenders for the title, having finished fourth, fifth and seventh respectively last year.

He added: “All the top teams have great quality. City will want to win the league back, Chelsea have got the experience of Jose Mourinho and, of course, we’re the champions. Then you’ve got the likes of Arsenal, Tottenham and Liverpool all fighting as well. So it promises to be a really exciting season.”

United decision to appoint Moyes has been questioned in some quarters but Giggs believes the Scot, who guided Everton to a sixth placed finish last season, has all the right qualities to bring more success to Old Trafford.

“He likes to take control of training but knows he’s got the other guys to help him,” Giggs, who has won the league 13 times with United, said of the new manager. “He’s a real details man, too. He likes to know everything about every player and that’s what you need to be a Manchester United manager – it’s all in the details. That’s what he is about.”