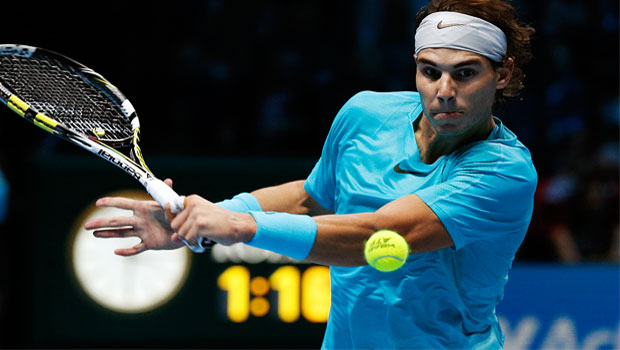 Spanish star Rafael Nadal rates his return to the top of the rankings as one of his greatest achievements in an already remarkable career.

Nadal was sidelined for a lengthy period between July 2012 and February 2013 with a serious knee tendinitis problem, missing the London Olympics, the US Open 2012 and the 2013 Australian Open as a result.

The 27-year-old has been in electric form since his return from injury, though, and has managed 10 titles in 2013, despite missing the start of the year, including two Grand Slams – the French Open and the US Open.

Nadal holds a number of records within the sport – he is the only male player to win a single Grand Slam tournament eight times (the French Open) and only the second male player in history of the Open Era to complete a career Grand Slam – the other being Andre Agassi.

However, Nadal believes coming back from such a serious injury and returning to the top of the rankings, having dropped out of the top four during his enforced absence, is one of his greatest achievements in tennis.

“During all this season I said finishing top of the rankings was not my goal, but the truth is after all the success I had during the season, I think that after all what happened last year, I felt I deserved to be there at the end of the season. And today I did it,” Nadal said.

“It was one of the best things that I did in my career, to come back to the No 1 after three seasons.

“That’s very difficult in our sport, and after a very important injury. That’s an emotional thing for me.”

Nadal guaranteed he will finish as the top-ranked player at the end of the year with victories over Stanislas Wawrinka and David Ferrer at the ATP World Tour Finals.