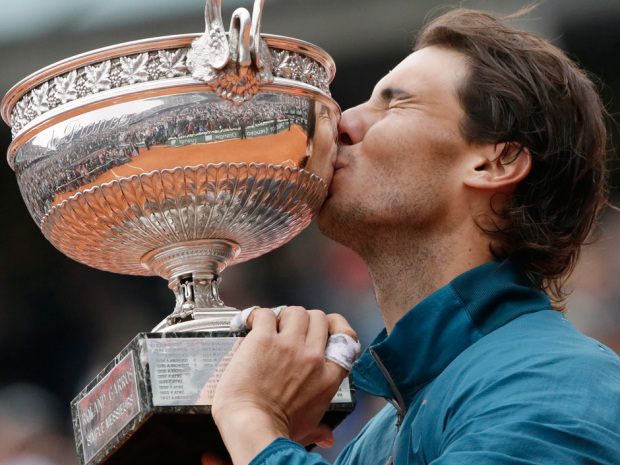 Winning this year’s French Open is perhaps the biggest achievement of his career says Rafael Nadal.

Rafael Nadal has admitted that winning this year’s French Open was arguably the biggest achievement of his career following what has been a difficult 12 months for the ‘King of Clay’.

The 27-year-old missed the second half of last season due to chronic knee problems and even had to watch on this year, as Novak Djokovic claimed the first Grand Slam of 2013 at the Australian Open.

However, since his return to action, Nadal has looked very sharp and, having beaten Djokovic in the semi-finals in a thrilling encounter at Roland Garros, the Spaniard made light work of his countryman David Ferrer in the final, winning 6-3 6-2 6-3 on Sunday.

Nadal’s coach and uncle ,Toni, has been impressed with how his nephew has bounced back from injury and knows that the now eight-time French Open champion will value this title above many, due to his recent break away from the sport.

He said: “After all the problems we have had, this title is really special.

“To win this is just incredible. Many people talk of his physique, his mentality, but his first quality is his touch. It’s a gift.”

Having become the first man to win a single Grand Slam event eight times, Nadal will now turn his focus away from his favoured clay surface back to grass.

Wimbledon gets underway later this month and Nadal will be determined to take his strong form from Roland Garros into the SW19 tournament.